The Financial Flipside Podcast, Episode 25: Repairing the Breach, or The One About Reparations 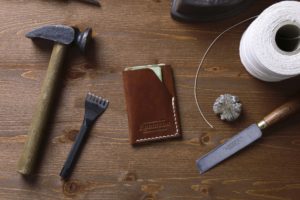 NB: We had some mic issues in this episode, so the sound may be a bit metallic-sounding in places. We hope that you’ll still join us for what we believe is an interesting, lively discussion. -L

The United States has been both wrestling with and dancing around these weighty and other weighty questions surrounding reparations for slavery in some form since the late 18th century. In this episode, we take a look at the history of reparations in the US in particular, examine some of the past and present barriers to reparations,  and discuss what  a national reparations program might look like.

But first, in this episode’s Flipping the News segment, we try getting to be bottom of a question that’s on lots of people’s minds lately, namely, what’s going on with the post office? The US Postal Service is a lifeline for many, even when the country isn’t in the middle of a both pandemic that has seen a boom in online shopping  and an election season that might be conducted largely via mail. Given the circumstances and the postal service’s reputation for dependability, it’s no surprise that what appears to be a slowdown in the speed of mail the coincided with the appointment to of a new Postmaster General  and a worrying lack of funding for USPS has resulted in public outcry, a Congressional hearing, and at least twenty threats of lawsuits.

As always, links and bonus can be found below the cut.

Flipping the News: Checking the Mail, or what’s wrong with the post office?

From Business Insider: Why the US Postal Service is in a funding crisis, and what that means for the upcoming election

Why the post office is vital for small businesses. (NBC News)

How postal service delays are hurting small businesses, many of whom were already struggling in the wake of the COVID-19 pandemic (CNN, Vice, Chicago Tribune)

Bonus: The NY Times set up a system to track the speed of mail delivery in an attempt to confirm that reports of mail slowdowns across the US were/are true.

The Brookings Institution explains how the US Postal Service is governed and funded.

From US Today:The postal service as a lifeline for those in rural areas.

How did a business logistics specialist with no knowledge of the postal service end up running it? Ask the Secretary of the Treasury, writes the NY Times.

The post office takes center stage in the fight over mail-in voting and stimulus funding, with the President threatening block stimulus spending in order to withhold funding from USPS in the hope of preventing widespread mail-in voting. The response: 20 state attorneys general threaten to sue the federal government, and Louis DeJoy ends up testifying in Congress about cost-cutting measures, delivery delays, and voting by mail.  (CNN, CNN, NBCNews).

Where we are now: The President walked back his threats about USPS funding, DeJoy agreed to pause many planned cost-cutting measures until after the election, though he didn’t specify which ones, which has been confusing for postal workers. The mail? Still delayed, according to the head of the Postal Workers Union. (Vox, Washington Post, Forbes)

NB: The prince mentioned at 22:54 is Jonah Kūhiō Kalanianaʻole,  a statesman, revolutionary, and campaigner for the rights of indigenous Hawaiians in the House of Representatives, who deserves much better than the name butchering that he received from me (L), even though I practiced. You can read a little more about his extraordinary life here.

From History.com: A brief history of reparations in the US

Kali Holloway on the Compensated Emancipation Act and the US Government’s history of refusing to make restitution for slavery. (The Nation)

From The Atlantic: Ta-Nahesi Coates 2014 piece, “The Case for Reparations” and revisiting the article for The New Yorker  in 2019.

Coates’s opening remarks at his 2019 testimony before Congress on the legacy of slavery and restorative justice. You can view his remarks in video form here, and the entire hearing is available for viewing on C-SPAN and testimonies from all of the participants are available via the House Judiciary Committee’s website.

The joint Congressional statement apologizing for slavery and segregation (2009)

More about the late Representative John Conyers’ (D-MI) attempts to convene a working group to explore reparations for, and the long-terms impact of, slavery in the US.

From Code Switch: The story behind “40 Acres and a Mule”

Bonus: What reparations look like in New Zealand (Planet Money; audio with transcript)